Klaatu said Gort is broken down and waiting for some parts
From beyond the outer limits, not found on any charts

The Borg said they'll assimilate, 'tis futile to resist
The Thing said it would vegetate upon my groc'ry list

For fear we'll be invaded and my body snatched away
And all the dreadful thoughts I've had, it's time for me to say

I've put my cosmic calls on hold because, for what it's worth,
I'm getting all the flack I need from good old planet Earth.

• The Poetry of Wayne Wysocki • Find herein poems that may or may not be funny, crazy, humorous, hilarious, zany, silly, serious, stupid, happy, or sad. This blog is intended as entertainment only, and is not meant to be used as a reference source for your term paper. WARNING: Good poetry can be habit-forming. Enjoy at your own risk. ~WW

My ebooks now available on Amazon.com 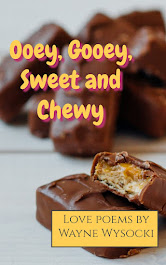 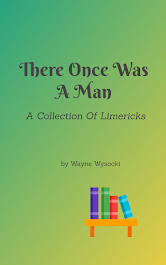 There Once Was A Man 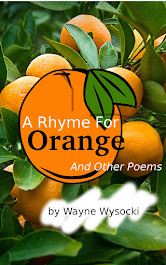 A Rhyme For Orange

Some other poetry sites